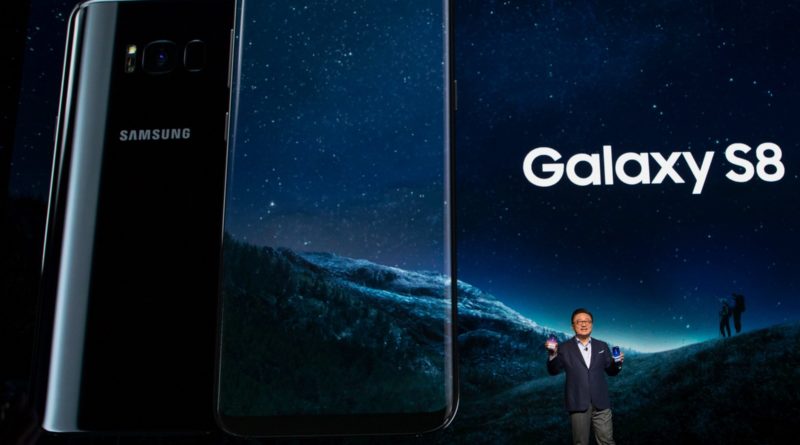 Samsung Galaxy S8 Smartphone is full of stuff which you won’t find in the iPhone any model, in this article we have collected the recently launched Samsung Galaxy S8 Unique Features As Compare to iPhone.

1. In Samsung Galaxy  S8 an iris scanner that can be used to unlock the phone and access secure data & folders

2. In new Samsung S8 a new facial recognition feature allow you to unlock your Smartphone with a selfie

Facial recognition feature is much faster & secure than using the iris or fingerprint scanner.

The iPhone does not have such feature like wireless charging. In iPhone There’s also no fast-charging option only normal charging speed. Fast charging save your precious time and nowadays time has great value.

5. Standard Headphones in Samsung Galaxy S8 can be plug to the headphone jack

Apple company famously removed the standard headphone jack from the iPhone 7, if you want to use headphone in iPhone 7 then you must have to use a dongle if you want to plug in your wired headphones. Thanks to Samsung for such easy option.

This feature is an older Samsung phone using Samsung Pay, but this same also works in Samsung Galaxy S8.

7. The Samsung S8 comes with its own virtual reality software, which is powered by Facebook’s Oculus famous one

Dear reader you can get a free Gear VR headset if you pre-order for the Smartphone Samsung Galaxy S8 before 21st April 2017. Where Apple’s iPhone can work with some limited brands VR headsets like Google Cardboard, but iPhone doesn’t natively support VR headset.

8. The Samsung S8 set has a heart rate sensor on the backside of Smartphone

Now you can know your pulse rate round the clock very easily in small steps, because Samsung  S8 allow you to know the heart pulse rate through heart rate sensor which is installed at the backside of Samsung S8 handset. Where in iPhone You’ll have to buy an Apple Watch or another accessory if you want to monitor or know your pulse rate.

9. Samsung Galaxy  S8 that it can be attach with a monitor, keyboard, and mouse

Very good feature in Samsung Galaxy  S8 that it can be attach with a monitor, keyboard, and mouse through a special dock and run a desktop version of the smartphone’s operating system on a normal computer.

While in iPhone this type of feature is just like only mirror your iPhone screen on an external display.

This feature allow to its user to take photos of real-world objects which connect and bring object’s relevant information like shopping links, venue and nearby locations to visit.

Where iPhone doesn’t have a smart camera feature like Samsung Galaxy  S8 have and other features like software etc.